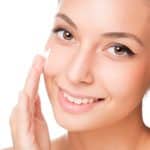 What to Look For in a Daily Moisturizer

If you’re taking good care of your skin, you know that washing your face daily is essential. But did you know that replenishing the moister in your skin is equally as important? Cleansing your face removes dead skin, as well as unwanted dirt and bacteria. Re-hydrate your facial skin with a daily moisturizer. Moisturizers have… Read More »

Why Do I Love IV Vitamin Therapy?

As a practitioner, it is always very exciting and rewarding to offer a service that can yield a wide array of fantastic benefits for virtually everyone. IV Vitamin Therapy is one of these treatments! Sub-optimal vitamin, mineral, and other nutrient status is associated with many chronic diseases, including cardiovascular disease, cancer and osteoporosis. We live… Read More » 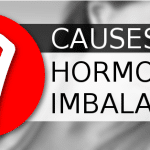 Hormonal Imbalance is something that everyone will face at some point in their lives. For some it will happen at a time that they expect it to, such as menopause or much later in life. However, more and more people are beginning to experience the symptoms of hormonal imbalance at younger and younger ages. There… Read More »

Everyone knows that fat cells harden when chilled. Just look at cooked meat after it is refrigerated. But who knew freezing fat cells would kill them? That’s what occurred to two Harvard scientists who observed that children got dimples after they ate popsicles. They made the assumption that the dimples were being caused by the… Read More » 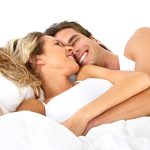 Want to Be Youthful “Down There”?

Vaginal Rejuvenation with Fotona IntimaLase As we get older, all the tissues in our bodies begin to age, including the vagina. Vaginal Relaxation Syndrome (VRS) is defined as laxity, or looseness, of the vaginal wall. VRS can result in loss of friction and sexual satisfaction during intercourse. It’s also not uncommon for women to also… Read More »

Intense pulsed light (IPL) is becoming increasingly popular for the treatment of various skin imperfections such as age spots, spider veins, vascular lesions, and rosacea. But at this time of year, IPL gets most of the attention in addressing sun-damaged skin. Here’s how an IPL treatment works Although not a laser treatment, IPL works using… Read More » 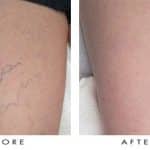 What is the Best Way to Treat Spider Veins?

As you’ve grown older or experienced lifestyle changes you may have started noticing blue, red or purple veins below the surface of your skin. These are known as spider veins. While they pose no health threat, many patients often find them unsightly and desire treatment. Spider veins are common for both men and women. They… Read More » 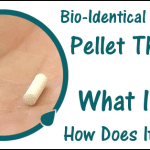 If you have read many of my posts you should hopefully realize by now the important differences between bio-identical and synthetic hormones. If not, I suggest reading this post first. Once you have made the decision to treat your hormonal imbalance with bio-identical hormones, the next decision that needs to be made between you and… Read More »

Could Your Anxiety/Depression Be Hormonal?

Over the past two decades, anti-depressant and anti-anxiety medication use has skyrocketed! Back in 2010, statistics showed that more than 1 in 5 Americans were taking a medication for anxiety or depression, and that number has only continued to increase since then. Less than a third of Americans who are taking a antidepressants have actually… Read More »

What Causes Toenail Fungus and How to Treat It

Thousands of Americans suffer from unsightly onychomycosis (toenail fungus) every year. Many endure their fungus either not realizing what it is, or choosing not to cure it because it does not bother them. Not only is it important to eliminate your toenail fungus but it is also important to take measures to prevent it from… Read More »