We’re so proud to produce REAL results for so many…including Deborah!      Leave us a comment below or feel free to call us at 281-313-7435 to schedule a complimentary consultation. 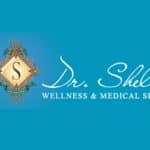 A beautiful and touching love story of a couple that had been together so long and loved each other so much that they could not live apart…literally. After his wife had only been given days to live, Norbert, despite having no signs of being ill, passed mere hours before her. I think this couple can… Read More »