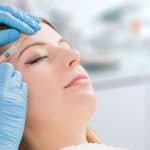 Botox, believe it or not, has been used around the world for decades. Formerly known for its ability to treat various eye and muscle spasm disorders, it has made itself highly popular in the world of aesthetics. The injection is most commonly used now as an anti-aging facial treatment, working best to reduce the appearance… Read More »

5 Ways To Use Fillers You Probably Didn’t Know About!

As much as we wish we could avoid it, wrinkles and saggy skin are inevitable (eek!). But does this mean that our plump, soft skin will have to be a forever thing of the past? Absolutely not! By now, you are probably familiar with injectables such as Botox or fillers, but you may still have… Read More »