Since CoolSculpting was introduced a few years ago we have treated hundreds of patients by literally Freezing away stubborn fat. We are so excited to now carry the latest in CoolSculpting technology…the CoolSmooth applicator! Until now, CoolSculpting required using a vacuum hand piece on the areas of the body that patients wished to target. For… Read More » 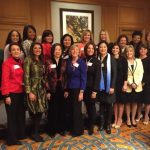 Dr. Shel Named One of “Houston’s 50 Most Influential Women of 2014” by Houston Woman Magazine

Dr. Shelena Lalji, founder and medical director of Dr. Shel Wellness & Medical Spa, has been named one of “Houston’s 50 Most Influential Women of 2014” by Houston Woman Magazine. Each honoree was first nominated for inclusion on the “50 Women” list by a subscriber of Houston Woman Magazine and then selected by the staff… Read More »

Watch as Fox News interviews patients and physicians who are experiencing the amazing results of Neotensil on under-eye bags! The video takes a little while to load…please be patient. BEFORE & AFTER:

From The Huffington Post: This is a good reminder for us to protect our skin, not only to prevent the signs of aging, but for our overall health. -Dr. Shel “Having non-melanoma skin cancer may increase your risk of other cancers later on, a new study suggests. Harvard researchers found that men who had been… Read More »

A Clever Idea for Hot Flashes & A Cool Success Story

“I read this article in The Huffington Post recently and thought it was too cute not to share. I think that Connie Sherman’s story is inspiring-she came up with a creative solution to an all too common problem and is now helping thousands of people. Please know that if you are experiencing hot flashes or… Read More »

Generosity: What’s in It for You?

From The Huffington Post: “Generosity is no longer the selfless act we’ve long thought it to be. Studies now suggest that one of the biggest benefactors of generosity is the person who is dishing it out. Like a healthy diet, exercise, and good genes, generosity may increase your life span. A 2003 research study at the University of… Read More »

Breast Cancer is a difficult diagnosis for most.  We women have to find a way to stay strong, reduce the stress and unpleasant side effects to make the cancer treatment process much more effective, simpler  and smoother. As we approach a time where integrative treatments and the balance between mind, body and spirit become more prevalent, the… Read More »